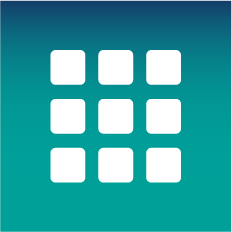 Reading time
This article is a 10 min read 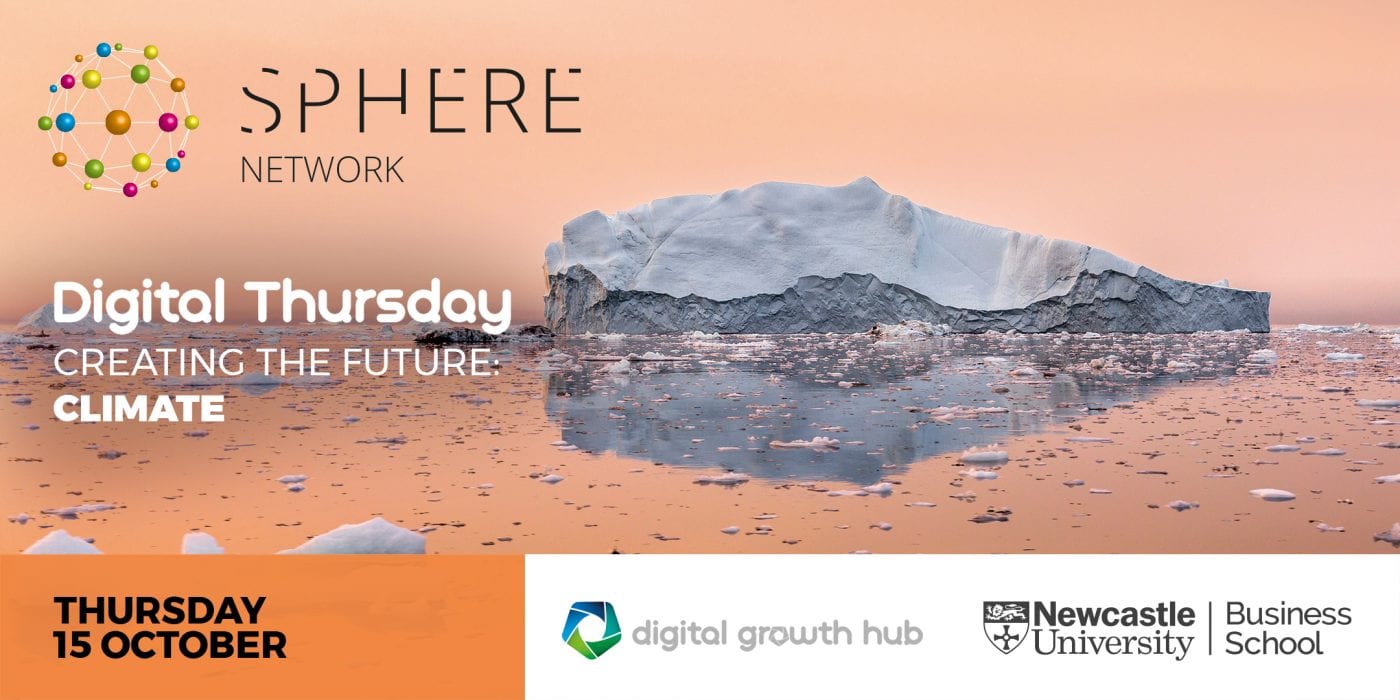 Along with agricultural activities and lifestyle choices, the technological revolution has become the most prominent factor fuelling the development of industries and dramatically impacting climate change. The advancement of technologies has led to massive digitalisation, which, it is assumed, will bring both problems and solutions to alleviating the climate crisis.

Increased access to networked devices generates large amounts of data and, in consequence, high demand for computing power, thus increasing the impact of digital innovations on climate. On the other hand, new technologies can be embraced to offer new pathways to sustainability.

Given that, the idea of the October Digital Thursday event was to talk about the role of innovation in the environmental debate. Three speakers provided their perspective on how the combination of innovation and emerging technological solutions help create the future of the climate. The first speaker was Peter Stark OBE, Past Interim Project Lead for the climate crisis work of the Voluntary Organisations Network North East (VONNE) (www.vonne.org.uk). VONNE is the regional support body for the North East Voluntary, Community and Social Enterprise (VCSE) Sector, aimed at contributing to the economic and social development of the North East of England.

The event gave insights into complex and politico-economic contexts for innovation and pro-environmental initiatives, the use cases of new technologies for predicting, trialling and adapting strategies to tackle the carbon footprint, and the role of civil society in facilitating a move towards a sustainable future.

Changing the vector of innovation development

The North East of England has seen an incredible history of the mining industry and railways contributing to the development of the region, generating huge wealth for the country and the world in general. There is hardly any equivalent example in the world that would show such an intense period of innovation and entrepreneurialism. However, the rewards of the industrial and technological revolution were at the expense of the impact on the environment and communities. The realisation of the impact of entrepreneurialism, industrial intensification and technological innovation has become a turning point for radical transformations of public policies towards sustainable innovation.

Climate change has triggered the development of the sustainability agenda and initiatives and turn, for example, the North East into the greenest region in the UK. In 2019, the UK Government announced the Net Zero Emission target to achieve any residual carbon emissions with an equal quantity of carbon dioxide removals from the atmosphere by 2050.

A complex approach to tackling the climate crisis

When it comes to addressing the climate emergency, there is a need for a complex approach to transition to a green economy. There is no straightforward and simple solution. A few initiatives have been undertaken to tackle the environmental crisis at a complex level. VONNE’s initiative brings together public, private and voluntary sectors to address environmental needs, which resulted in the creation of the North East England Climate Coalition (NEECCo). The organisations in the coalition include, but are not limited to, the Environment Agency, Natural England, Public Health England, the North East and North Cumbria Integrated Care Partnership, the Northeast business representative bodies, the voluntary sector bodies and universities. The integration of different organisations enables NEECCo to use different perspectives on the response to the climate crisis at the local, national and international levels. The relationship with universities gives access to the resources and capabilities of different faculties and departments to tackle the change.

Harnessing the power of technology-enabled modelling

Energy System Catapult utilises the Energy System Modelling Environment (ESME) to assess different scenarios and the probabilities of decreasing carbon emissions by 2050. ESME is a techno-economic system model that finds the optimal pathways to carbon neutrality by looking at power, transport, agricultural and other sectors. It analyses efficient decarbonisation methods by probabilistically testing the potential results against energy demands, resources, infrastructure, consumption and lifestyle patterns in the country in general and in its different regions in particular. The scenarios may differ across regions, as they may have different levels of CO2 storage opportunities or offshore wind resources. The modelling makes it possible to identify technologies that will be robust in contributing to significant reductions in carbon emissions in a cost effective way.

According to an insightful report conducted by Energy Systems Catapult and published this year, (http://es.catapult.org.uk/reports/innovating-to-net-zero/), six options are available to innovate and move towards net zero. They concern people’s behaviour, such as aviation demand, diet change and afforestation, and technological solutions, such as the creation of additional biomass and enhanced carbon capture. The selection of options varies in “clockwork” and “patchwork” scenarios.

The clockwork program reflects centralised decision-making, such as a national strategy encouraging large-scale offshore wind projects to happen. The patchwork scenarios, in contrast, represent a decentralized program, which are designed and adapted for different areas of the UK. Looking at the nation-wide scenarios, there are several sources of reduction in carbon emissions. The most important factor is to reduce demand for energy and refocus on biomass and waste, electricity, hydrogen and district heat. Secondly, the changes should happen at the levels of consumer engagement, forestry expansion and better technology utilisation for carbon capture and storage.

Energy Systems Catapult launched Living Lab a safe and affordable, real-world test environment for trialling new energy products, services and business models, with the aim of de-risking and scaling innovations for market. For example, 100 homes were digitally connected and equipped with sensors and smart heating control systems to enable a rapid design and testing of deployed products for introduction on the market of smart products and services. Living lab is interoperable, agile and scalable for industry, policymakers and regulators to try innovations and interventions to facilitate the movement towards a net zero carbon future.

Making use of big data in smart cities

The Urban Observatory is a project which focuses on building smart cities to gather a multi layered view of what is happening in the city. The Smart City is a new context of applying technology and IoT for generating data that helps inform better decisions. The generated data plays a role in helping find solutions alleviating some consequences of the environmental crisis. The project covers Tyne and Wear, producing around 10,000 observations every minute, every day, 24 hours a day, and seven days a week. Data gathered in real time from the network of over 500 cameras is open and accessible to all users, making it the largest open environmental monitoring set of data anywhere in the country. The observations make it possible to look at different variables and metrics (e.g. pedestrian counting, traffic counting, air quality etc.) that help understand their interrelationship, making up the complex conditions and factors affecting the environment. For example, the utilisation of the sensors measuring nitrogen dioxide and cameras observing traffic produce data that can be analysed in terms of their correlation. Generated data can be applied for the analysis of change, digital playback of complex systems, compliance and fact checking, parameterisation of digital twins and the analytics of interventions across the sectors.

While there is great need of future energy use modelling, it might be difficult to put scenarios into practice. This is partly because of infrastructural issues and the vested interests of policy makers. For example, a rapid shift to electricity usage would lead to the failure of the transmission distribution network. The existing state of the art in the infrastructure and the politico-economic complexity of the energy system create the conditions when vested interest groups (e.g. gas companies) can curb innovation for economic reasons, thus blocking sustainable development. In such cases, it is important to involve civil society. The dialogue between communities and policy makers can loosen the control of vested interest groups over energy policies. The power of civil society and the engagement of communities in influencing policies work as counter-balancing mechanisms.

Raising Awareness of the Civil Society

For the dialogue between policy makers and local communities to happen it is important to raise the awareness of the community about the need for change. This could be through intensified talks within communities about the impacts of the changes on individual behaviour at regional and larger scales. The younger generation needs to be taught about the past and present of the North East, and communicated what kind of future environment our children and grandchildren should grow up in. The fundamentally important element in engaging community and civil society is a quality education system, which would raise ethical norms, the knowledge of the history and the geography of the region that would empower the youth to contribute to the community.

The Application of Innovation to Respond to COVID-19

The Smart city infrastructure enables us to think about new ways of applying big data beyond the environmental crisis. Against the backdrop of the emerging global pandemic, data produced by the Urban Observatory was repurposed to provide real-time evidence for Public Health England and policy makers about the effects of measures introduced in response to COVID-19 in the United Kingdom (https://covid.view.urbanobservatory.ac.uk/). Data gives insight into the degree to which the policies introduced are implemented and whether they have been effective on the ground. At present, the only data available is for Tyne and Wear, but representative data for other cities and urban areas in the country is looked for.

Following the event, a new working group focused on Hydrogen, has been set up. Anybody interested in joining and/or interested please email Charles Sellers on charles@dghub.co.uk.

For those wishing to explore the work and insights of the discussants, please feel free to contact them direct via the links above.

Next Digital Thursday – 19th November Creating the Future in Education 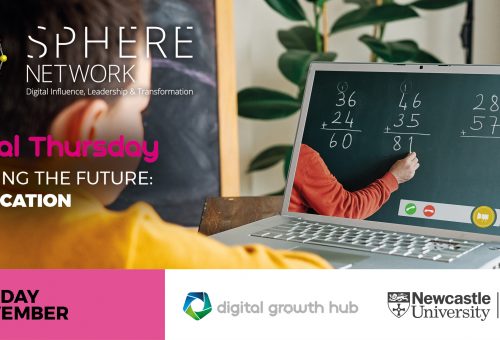 Creating the Future in Education

COVID-19 has become the biggest disruptor for the education system. Such an impact deserves attention on account of the crucial...

Along with agricultural activities and lifestyle choices, the technological revolution has become the most prominent factor fuelling the development of... 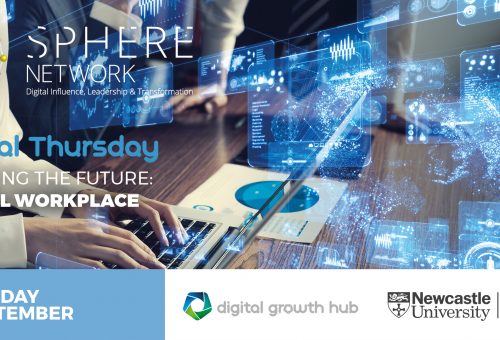 Over seven months following the COVID-19 outbreak, when looking at the business landscape, organisations have certainly reacted fast to support... 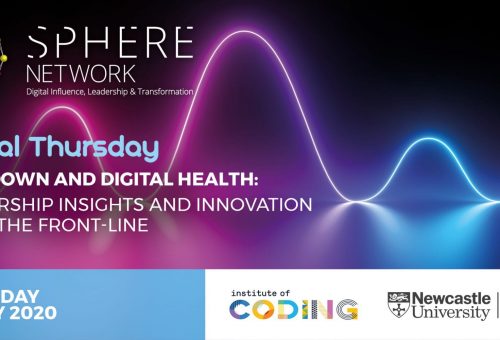 The Coronavirus pandemic has shaken countries across the globe and has become the trigger to mobilise resources to cope with...